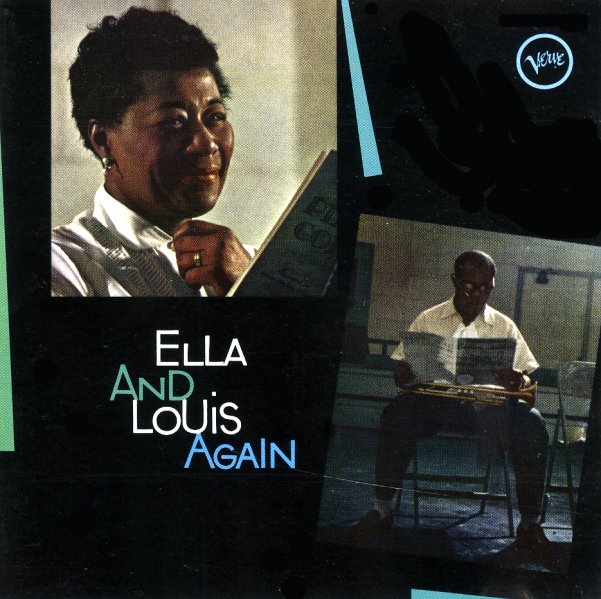 A really great take on the duo format that Ella Fitzgerald and Louis Armstrong forged together during the 50s – a short little side chapter to the careers of both artists, but one that's gone on to become one of the most classic representations of their music! The record follows up their previous collection of duets, but with a slight difference – in that there's some solo tracks by each singer on the record, which changes things up nicely, while still allowing for some of the duo moments that share the charms of both together! Backing is great, too – nicely unified, in that there's a small combo throughout – Oscar Peterson on piano, Herb Ellis on guitar, Ray Brown on bass, and Louis Bellson on drums – providing great accompaniment on titles that include "They All Laughed", "Comes Love", "I Get A Kick Out Of You", "Learnin The Blues", "A Fine Romance", "Love Is Here To Stay", "Let's Do It", "I Won't Dance", "I've Got My Love To Keep Me Warm", and "Let's Call The Whole Thing Off".  © 1996-2022, Dusty Groove, Inc.
(Part of the excellent Acoustic Sound series – heavy cover and vinyl!)