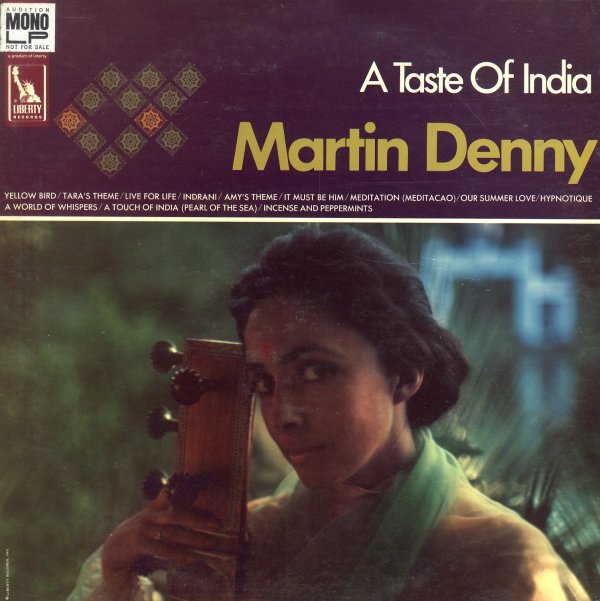 One of the coolest-sounding Martin Denny albums of the 60s – a record that blends his earlier exotica sound with elements of Indian music, and maybe some great bossa nova currents too! For the set, Denny takes a tip from the sound of the East – adding some slight Indian flavors to his usual groove with the help of arranger George Tipton – who you might know from his work with Nilsson, or some of his own great instrumental records! Most of the music is still in the lush piano instrumental mode that Denny was using in these later Liberty years – but things are definitely groovy throughout, even if the Indian elements are sometimes used in ways that are more bossa than anything else. Maybe not the clearest picture you'll get of the sound of India in the 60s – but a sweet little record, with titles that include "Incense & Peppermints", "Live For Life", "Touch Of India", "Hypnotique", and "Indrani".  © 1996-2021, Dusty Groove, Inc.

Black Mass (pink vinyl pressing)
Uni/Sacred Bones, 1971. New Copy (reissue)
LP...$18.99 22.98 (LP...$29.99)
One of the wildest records ever cut by moog master Mort Garson – a project that gives its spirit away by the Lucifer name that Mort chose for the project! The set's not entirely a black mass – ala Coven – but still has a feel that's very spooky and dark – not a total ... LP, Vinyl record album