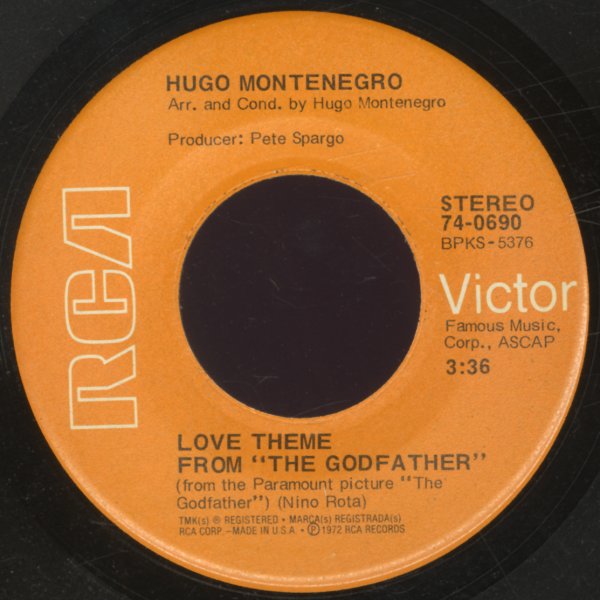 Love Theme From The Godfather/Movin' On

(In an RCA sleeve with a bit of pen. Includes jukebox strips.)