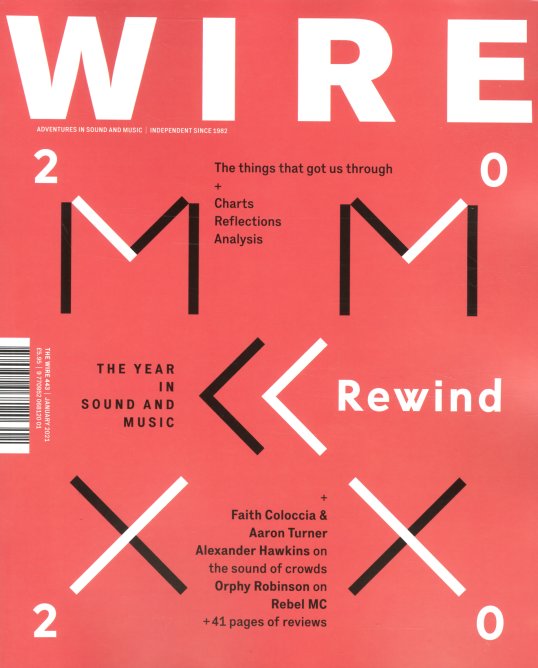 Wire magazine rewinds, and takes a look back at the dark year of 2020 – with a feature on the things that got us through the troubled times – as well as reflections and analysis of the cultural challenges of the unique moment! There are also articles at the realities of music creation and education in an online environment – and charts on high points in the year from the magazine's columnists – plus a look at the best archival releases of the year. Other features look at Neil Charles, Divide & Dissolve, Patricia Brennan, and Fly Anakin & Pink Siifu – while Faith Coloccia and Aaron Turner take their turn at the Invisible Jukebox. As always, there's plenty of new music reviews – 41 pages, almost a third of the magazine itself!  © 1996-2021, Dusty Groove, Inc.