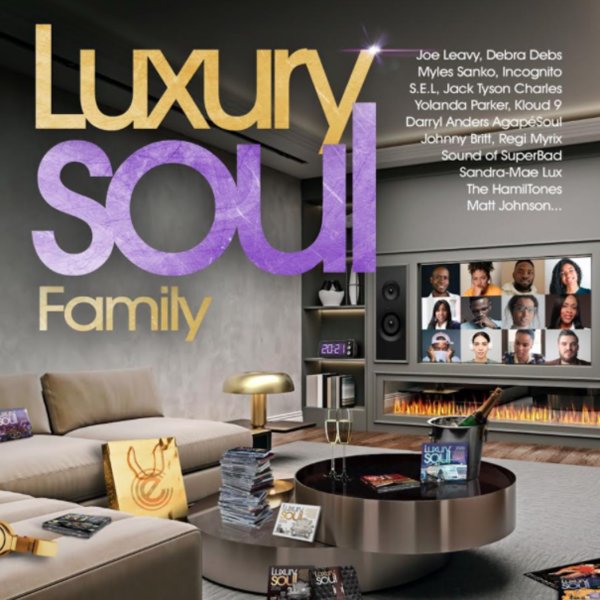 A stunning assortment of contemporary soul – all hand-picked by Ralph Tee, the UK DJ/enthusiast who's been turning us on to great music for decades! In recent years, the format of this series has gotten even more important – as so much great music is issue digitally, but doesn't always make it onto a physical format – so a collection like this is less a compilation of records that already exist, as it is a window into a huge world of contemporary soul music from around the globe – sounds that currently exist in many formats, but which really get a great showcase here! There's a huge amount of music for the money – 35 tracks in all – and titles include "Ain't Nobody" by NG Band, "Situationship" by Alli Starr, "I Wanna Go Back" by Robert Mtume Owens "Play Me" by Roberta Gentile, "I'm Good" by The Parkmans, "Something" by Jack Tyson Charles, "I'm Still Here" by Sandra Mae Lux, "Let's Get Down Tonight" by Johnny Britt, "California Soul" by Citrus Sun with Noel McKoy, "Just To Be With You" by Aneesa, "I Want You" by Sound of Superbad, "Bulletproof" by Darryl Anderson AgapeSoul, and "Falling" by SEI with Bryan Chambers.  © 1996-2022, Dusty Groove, Inc.

My Time Is Here
Expansion (UK), 2014. New Copy
CD...$8.99 16.99
Victor Haynes' time has been here for a few years now – as he's really be serving up some great music over the past few releases – but this album's definitely got a positive, confident feel that really lives up to its title – jazzy, upbeat, and rock-solid all the way through! The ... CD