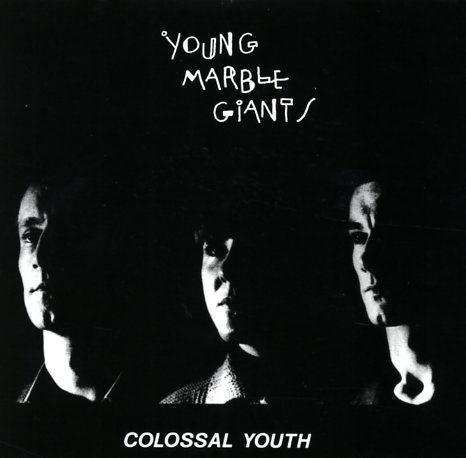 One of the most distinctive albums of the UK post-punk scene – spare, stripped-down, and completely sublime! Where most of their contemporaries grabbed the world by doing more, Young Marble Giants made their mark by doing less – just a bit of bass, some scratchy guitar, thin keyboards, and simple beats – all topped by the light vocals of Alison Statton – sweet and dreamy, but also a bit cold at times too! The approach is quite unique, and hard to describe accurately – but all these decades later, the set still stands as one of the purest moments of genius from a scene that had plenty of genius to offer! Titles include "Searching For Mr Right", "Constantly Changing", "Include Me Out", "The Taxi", "NITA", "Colossal Youth", "Music For Evenings", and "Credit In the Straight World". Really great 40th Anniversary edition – with 14 more bonus tracks from singles and compilations – including the group's fantastic Testcard EP! There's also a bonus DVD, too – a live show from New York in 1980.  © 1996-2021, Dusty Groove, Inc.
(40th Anniversary Edition with bonus material & DVD of a 1980 performance!)

His Greatest Misses
Domino, Late 70s/1980s/1990s/Early 2000s. New Copy
CD...$12.99 13.99
The title's a bit of a joke – given that in all his many decades of music, Robert Wyatt never really had any hits – although he's continued to have a profound influence on audiences for many many years! Wyatt first started out in Soft Machine, but a freak accident forced him to ... CD