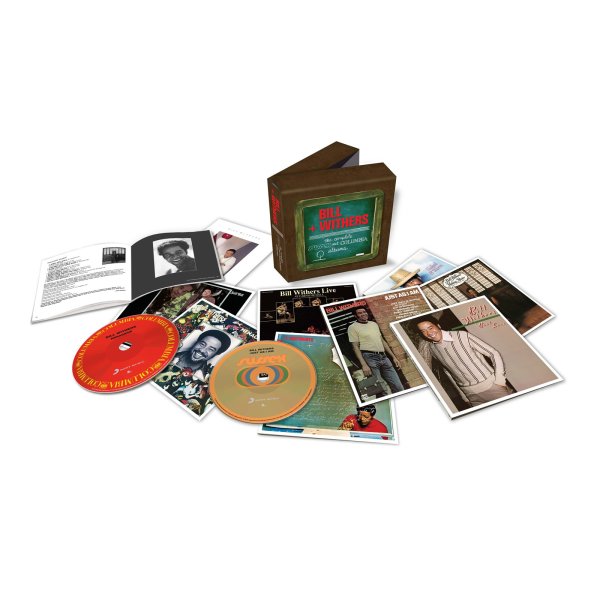 An amazing legacy in soul music – the legendary run of records that Bill Withers cut for the Sussex and Columbia labels – each of them a masterpiece in their own way! The early hit sound of Withers is the stuff that dreams are made of – a unique blend of acoustic instrumentation, raspy soul, and slinky rhythms – heard to best effect on the first four albums in the set – one of which is Bill's legendary live set at Carnegie Hall! Yet even past those classics, Withers is still amazing – and shifts his sound through the course of the 70s, to bring in warmer, jazzier elements too – yet all without ever losing his keen sense of song, and his completely mindblowing vocal approach. This box features newly remastered versions of 9 albums – Just As I Am, Still Bill, Live At Carnegie Hall, Justments, Making Music, Naked & Warm, Menagerie, Bout Love, and Watching You Watching Me – a legacy in soul music that few others could ever hope to top!  © 1996-2022, Dusty Groove, Inc.