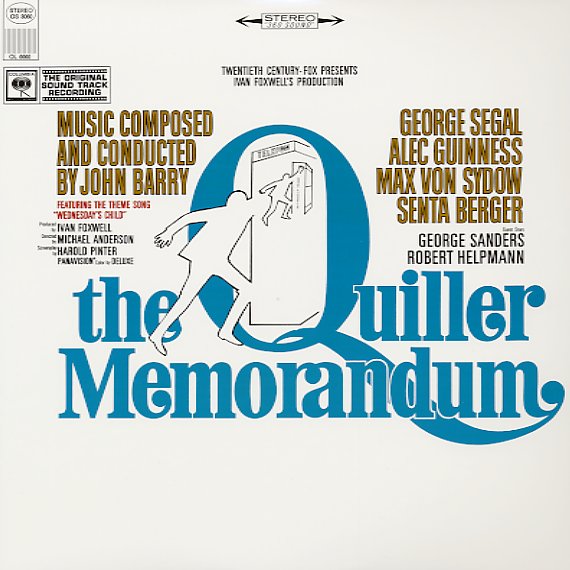 A sweet little soundtrack by John Barry – very different than the full-on style he used for James Bond – but equally groovy in its own sort of way! The music was written for a spy thriller starring Alec Guiness, George Segal, and Max Von Sydow – a moody film that's handled here by Barry with a spacey quality that's mighty nice – lots of isolated instruments floating along, sometimes with weird effects that are almost watery – all in a space that's somewhere between Barry's work for The Knack, and that new sense of space that Morricone was bringing into 60s soundtracks. The result is a real treasure – one of Barry's best film scores – and titles include "Autobahn March", "Downtown", "Oktober/Walk From The River", "Quiller Caught/The Fight", "Quiller & The Bomb", and the theme "Wednesday's Child", sung by Matt Monro.  © 1996-2021, Dusty Groove, Inc.
(Stereo 360 Sound Masterworks pressing. Cover has light surface wear and some aging.)