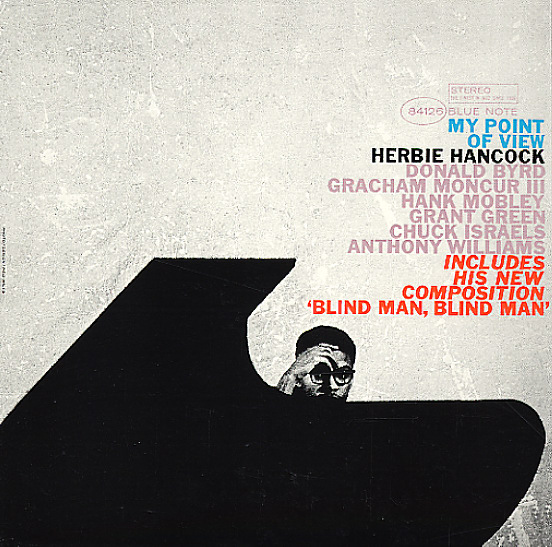 Classic Herbie Hancock from the early years – and a great mix of soul jazz and modernist inspiration! The record include a nice groovy "hit" – Herbie's "Blind Man Blind Man" – an obvious follow-up to "Watermelon Man", but still a standout track with a lot of imagination, and a fierce soul jazz hook that just won't quit! The rest of the record, while also groovy, starts to show many more signs of Herbie's far-reaching conception – especially shared with players like Tony Williams on drums, Grachan Moncur on trombone, and Chuck Israels on bass – who all work with Herbie in a larger than usual group that also includes Grant Green on guitar, Donald Byrd on trumpet, and Hank Mobley on tenor. The lineup is as great as it sounds on paper – and the larger setting really helps expand Herbie's new ideas – on tunes that include "Blind Man Blind Man", "And What If I Don't", "A Tribute To Someone", "King Cobra", and "The Pleasure Is Mine".  © 1996-2021, Dusty Groove, Inc.
(Part of the Blue Note Tone Poet series!)