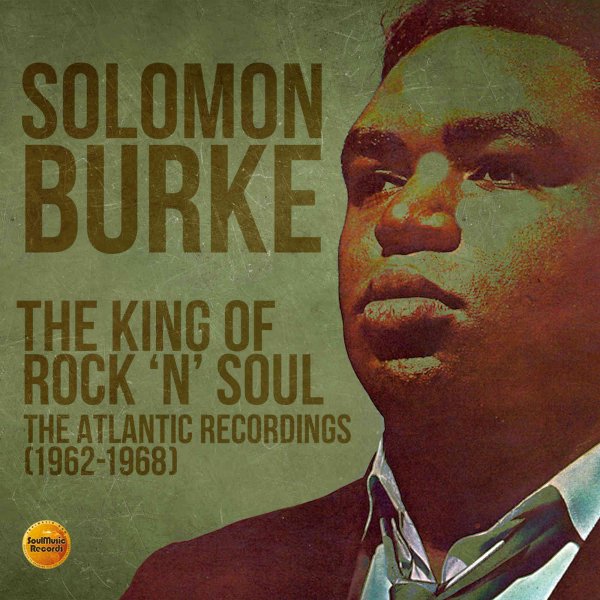 Essential work from the legendary Solomon Burke – one of the greatest singers to record for Atlantic Records during the 60s – and an artist we'd put right up there next to Aretha Franklin or Otis Redding! Like both of those giants, Solomon has a style that's completely his own – almost a blueprint for deep soul, southern soul, and 60s soul all together at once – never captured as well or as perfectly as during the mid 60s years he recorded for Atlantic! There's nobody like Solomon Burke during these Atlantic years – a hard-edged singer who was virtually inventing deep soul at the time – taking currents from earlier R&B years, and folding them with a brash, bold energy that was completely heartfelt – and which drew on the same sort of styles that southern soul singers would make their own a few years later – as you'll see by the dates here, Burke predates work by Otis Redding, Percy Sledge, and Wilson Pickett. The package features 3CDS, and a massive 79 tracks in all – the biggest collection of Burke's work for Atlantic that we've ever seen – with tracks that include "I'm Hanging Up My Heart For You", "Baby", "Gotta Travel On", "Peepin", "Yes I Do", "The Price", "You're Good For Me", "Beautiful Brown Eyes", "When She Touches Me", "Keep Lookin", "Woman How Do You Make Me Love You Like I Do", "Presents For Christmas", "What'd I Say", "Get Out Of My Life Woman", "This Little Ring", "It's All Right", "How Many Times", "Cry To Me", "Hard Ain't It Hard", "Mountain Of Pride", "I Feel A Sin Coming On", and lots lots more! A fantastic set – all 6 of Solomon's albums for Atlantic, plus non-LP cuts recorded for the label.  © 1996-2021, Dusty Groove, Inc.