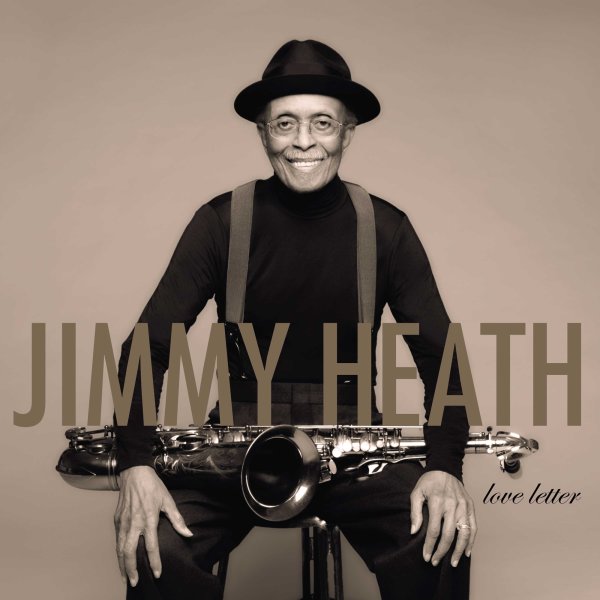 The last album that Jimmy Heath ever gave the world – and a record that makes us miss him even more – as the whole thing takes Heath back to that spectacular mix of solo expressionist, thoughtful composer, and sensitive arranger territory of his best early years! And if you want proof of Jimmy's warm, open spirit – the set begins with a one minute bowed bass solo before Heath's horn even comes into play – then works sublime magic on a number of original numbers, and a few well-chosen classics – all put together by Jimmy as a "ballads" album, but in a way that's hugely different from some of the more facile songbook sessions of over-recorded standards. Instead, the Heath arrangements throughout are wonderfully fresh, and have a soulful quality that really blows us away – more than even on some of his other late records, which is what makes this final session so bittersweet. The core group features Kenny Barron on piano, Monte Croft on vibes, Russell Malone on guitar, and Lewis Nash on drums – and the set features vocals from Gregory Porter on one track, and Cecile McLorin Salvant on another – and Wynton Marsalis blows a trumpet solo on a third track. Titles include "Ballad From Upper Neighbors Suiter", "Left Alone", "Inside Your Heart", "La Mesha", "Con Alma", "Fasion Or Passion", and "Don't Explain".  © 1996-2021, Dusty Groove, Inc.

Root Down (180 gram pressing)
Verve, 1972. New Copy (reissue)
LP...$22.99 24.99
Once an overlooked late Verve album, now a solid classic – and easily one of the funkiest albums ever from organist Jimmy Smith! The groove here is far different than the more familiar Jimmy Smith Verve sessions of the 60s – and the tracks open up in a really extended mode – ... LP, Vinyl record album