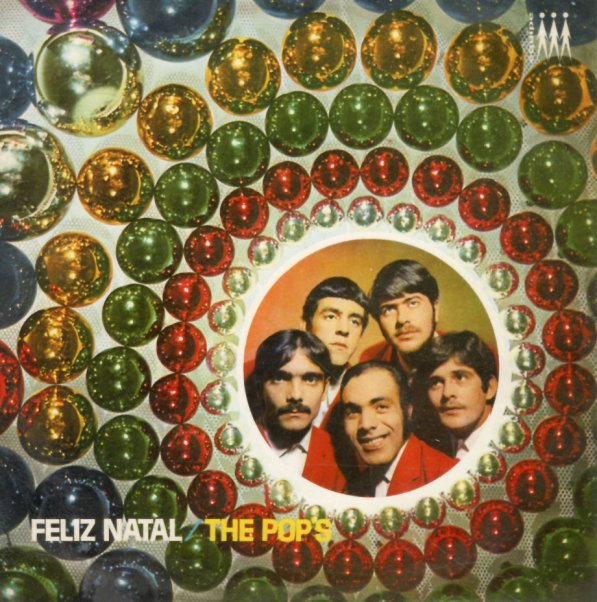 A wild little record from this groovy Brazilian group of the 60s – a set that's part Christmas, but which also has an appeal that works for every month of the year – as The Pops bring together surf-styled guitar with organ lines and jaunty rhythms – which makes the whole thing almost feel like a garage album of Holiday hits! The songs are all instrumental, and follow the style of the other great Pops records on Equipe – not quite jovem guarda, but also not entirely Anglo garage instrumentals either. You'll recognize most of the tunes, but they're done in a very nice way – and titles include "Boas Festas", "Noite Feliz", "O Tannenbaum", "Sleigh Ride", "Jingle Bells", "Natal Das Criancas", and "O Bom Velhino".  © 1996-2021, Dusty Groove, Inc.