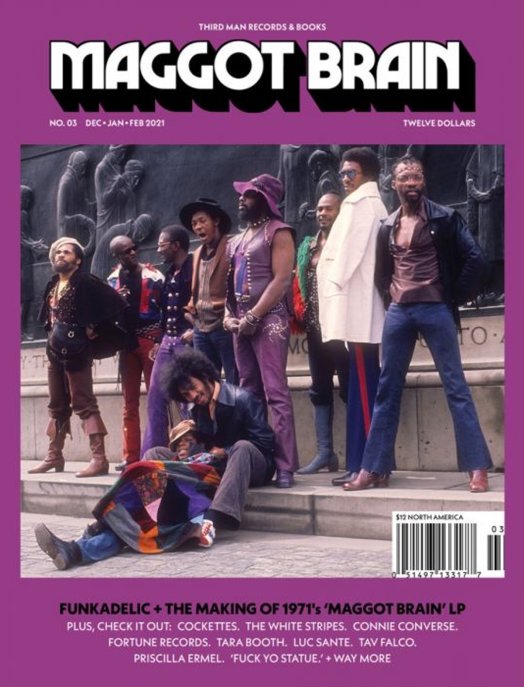 The heaviest issue of Maggot Brain throughout – and that's saying a lot for a publication that's out to take the place of Grand Royal, Wax Poetics, and other important magazines from years back! This issue lives up to its namesake – and features a deep look at Funkadelic's 1971 masterpiece album, Maggot Brain – plus more on Luc Sante, Ephraim Lewis, Algebra Suicide, Cockettes, Priscilla Ermel, Tara Booth, Tav Falco, and many more. There's also a section of vintage NYC underground photos from the late 80s – plus photos of removed Confederate monuments by artist Allison Stewart, and shots of The White Stripes in a small Detroit club in 1999 – all presented on heavy paper, full color throughout, nice and hefty!  © 1996-2022, Dusty Groove, Inc.