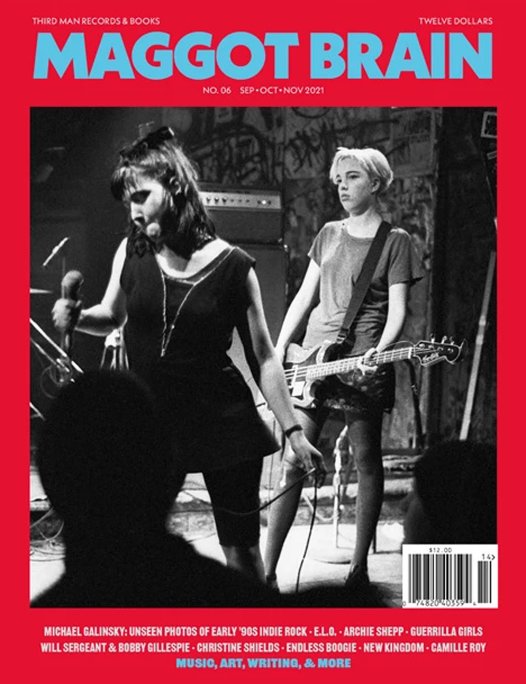 Maggot Brain has only been around for a handful of issues – but during that time, the publication has evolved tremendously – and become one of our go-to sources for digging into a really wide range of music! This time around, the cover feature spotlights a set of never-seen photos of early 90s indie rock – but there's plenty more on Archie Shepp, Camille Roy, ELO, Endless Boogie, Guerilla Girls, and the duo of Will Sergeant & Bobby Gillespie – all presented with the mixture of strong writing and art! There's plenty more too – even a column by Luc Sante.  © 1996-2023, Dusty Groove, Inc.