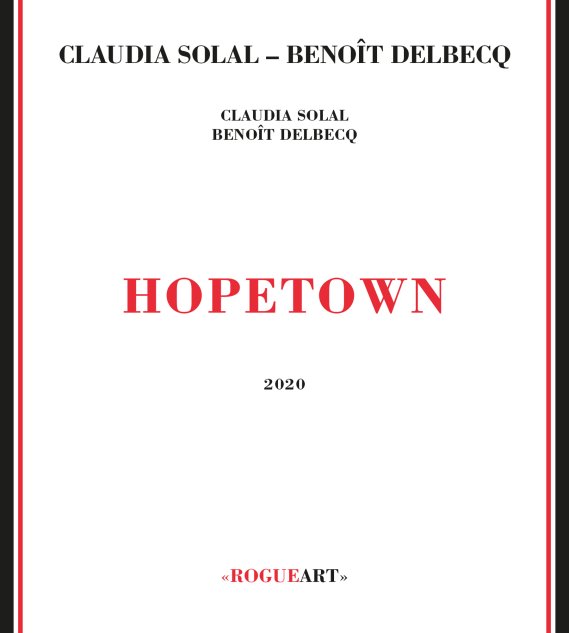 Really evocative songs from French vocalist Claudia Solal – delivered here with some creative sounds on piano from Benoit Delbecq, at a level that illuminates the words and vocal phrasing quite differently than conventional accompaniment! Solal's songs alone are amazing – written and sung with an experimental style that evokes the best 70s avant work of singers like Sheila Jordan, Karin Krog, or Annette Peacock – vivid and personal, with structures that are very different than conventional jazz vocal material – then illustrated by work from Delbecq that's equally balanced between the keys of the piano and the strings inside the instrument, which occasionally seem to have some sort of Cage-esque "preparations" added to the mix. Titles include "In The Small Of My Back", "Winter Garden", "Inner Otherness", "Euphoria", "No Sake Tonight", "Ultimate Embrace", and "Burning Green".  © 1996-2021, Dusty Groove, Inc.