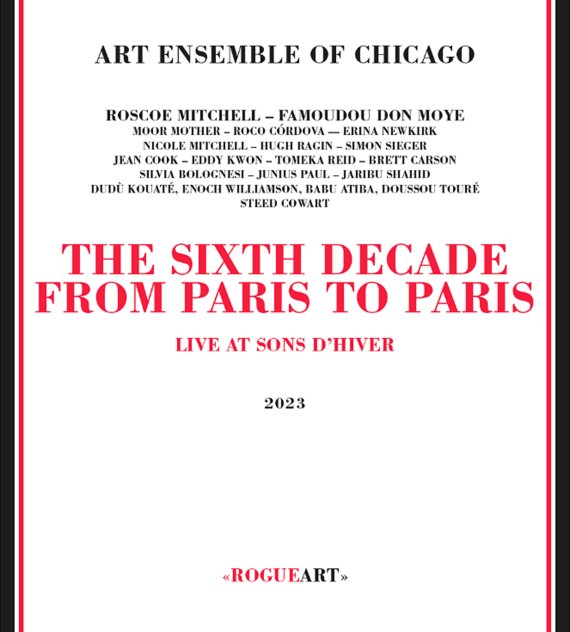 Sixth Decade – From Paris To Paris

A record that definitely lives up to the sixth decade legacy noted in the title – as it takes work of the remaining members of the Art Ensemble of Chicago, and expands it with contributions from a number of musicians – both from Chicago and the global scene as well! The feel here is a mix of some of the larger concepts that Roscoe Mitchell has been working on of late, and some of the more organic expressions that the Art Ensemble helped encourage in the world of jazz – performed by a lineup that has Mitchell on sopranino and alto, and Don Moye on drums and percussion – joined by a huge lineup that includes Junius Paul on bass, Tomeka Reid on cello, Nicole Mitchell on flutes, Hugh Ragin on trumpet, and a larger lineup of basses, piano, and percussion as well. Moor Mother delivers a spoken word passage, and Roco Cordova and Erina Newkirk sing a bit – on titles that include "Kumpa", "Bulawayo", "I Feel Like Dancing", "Jigiba", "Funky AECO", "Improvisation Two", "Ritual Great Black Music", "Cards", and "Leola".  © 1996-2023, Dusty Groove, Inc.