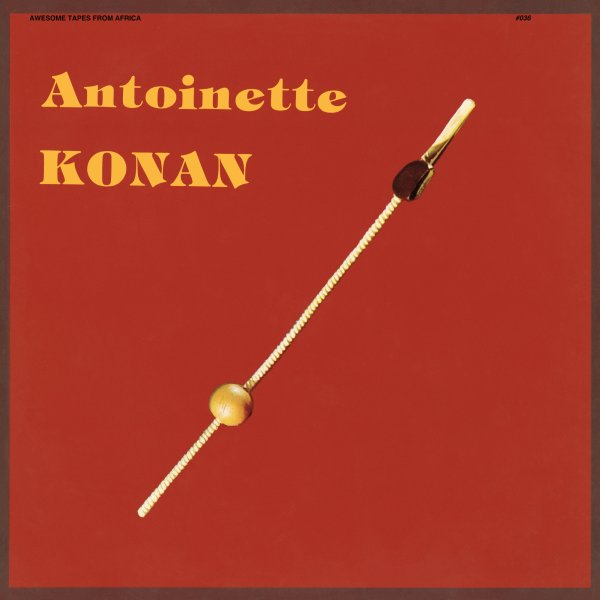 A record that offers up a real criss-crossing of sounds and styles – the spare ahoko instrument pictured on the cover, and a host of excellent 80s electro soul elements at the core! The record mixes boogie beat and sweet keyboards with the lovely lead vocals of Antoinette Konan, and her percussion work on ahoko – in a mode that's one of the best hybrids that we've heard from the West African scene of the time – a sound that's tuneful, but never too commercial – electric, but never too clunky. Titles include "Abidjan Adja", "Evignen", "Yale", "Kokoloko Tani", and "M'Acko".  © 1996-2021, Dusty Groove, Inc.

Yogo Yogo
Awesome Tapes From Africa, 1996. New Copy (reissue)
LP...$13.99 (CD...$6.99)
The strong second album from Penny Penny – a set that has the South African singer emerging as even more of a superstar than before – as you might guess from his look on the cover! The style is this unique blend of older South African vocal modes with more contemporary club elements ... LP, Vinyl record album