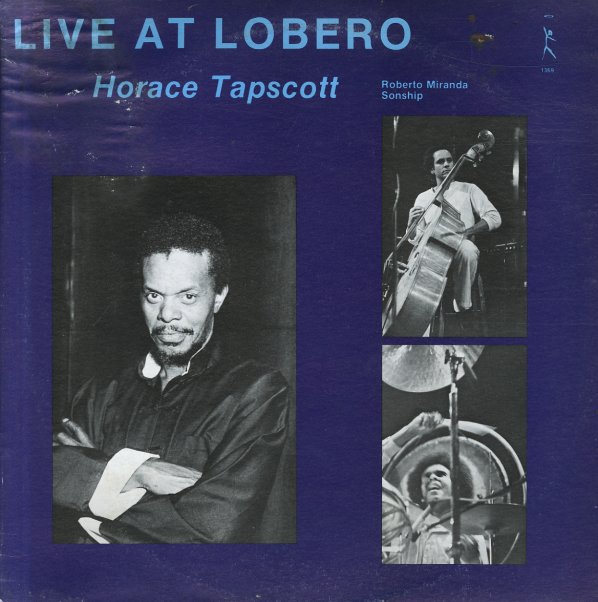 Really beautiful work from pianist Horace Tapscott – working here in a mode that crosses some of the freer inclinations of his solo sessions for the Nimbus label with some of the deeper spiritual currents of his large group recordings of the time! The group's just a trio – with Sonship on percussion and the mighty Roberto Miranda on bass – the last of whom does a really fantastic job of setting the tone, with this round, rich sound that really holds things together – even when Horace is getting a bit free on his solos! All tracks are nice and long, and thanks to Miranda, there's a nice sort of modal energy on the set – a balance between structure and freedom that's really wonderful, and which gets at the core of Tapscott's best achievements on record. The album features a great 21 minute reading of Tapscott's perennial favorite "The Dark Tree" – done with a great throbbing bassline – plus the tracks "Raisha's New Hip Dance" and "Sketches Of Drunken Mary".  © 1996-2023, Dusty Groove, Inc.
(Limited edition 180 gram pressing!)