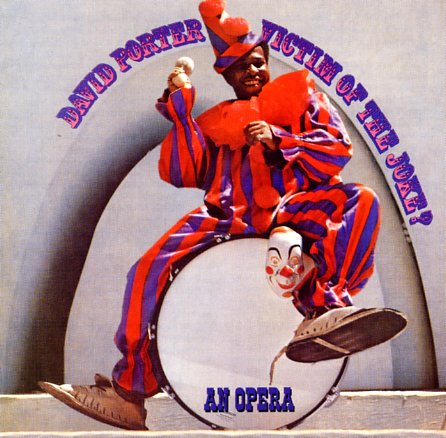 Probably the best-remembered solo album from David Porter – one half of the famous Hayes/Porter team that ruled Stax Records in the 60s, although not as successful as an artist on his own as Isaac Hayes! Porter's style is a lot more adventurous – and this album's a wonderful illustration of that fact – an offbeat mix of dialogue, sound effects, and straighter soul vocals – put together as kind of a "suite", with a really unified feel. Like Hayes' baroque symphonies in soul, David's obviously trying to stretch past shorter song forms – and we really love his creative chances on the record. Titles include the legendary "I'm Afraid The Masquerade Is Over" – which has been sampled many times over the years – plus the tracks "Human", "Pretty Inside", "Storm In the Summertime", "When You Have To Sneak", and "If I Give It Up I Want It Back".  © 1996-2021, Dusty Groove, Inc.