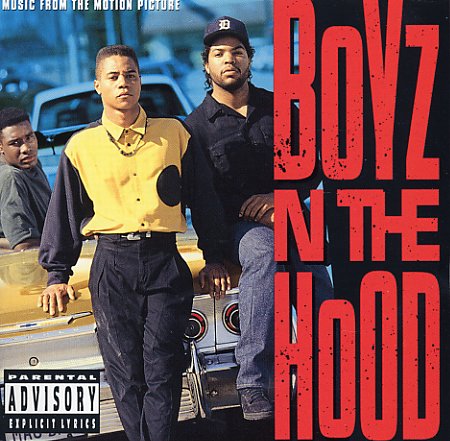 The soundtrack to John Singleton's landmark film that set the stage for so man inner city set films to come from the big Hollywood and indie studios – putting the city of Compton on the map for a lot of folks, and making Ice Cube a household name! What makes Boyz N The The Hood – the album stand the test of time so well as that it wasn't really a snapshot of the sounds of 1991, fairly diverse and far reaching even at the time. Includes Main Source's " Just A Friendly Game Of Baseball (Remix)", some nice early West Coast G Funk tracks like Ice Cube's "How To Survive In South Central" and Compton's Most Wanted's "Growin Up In The Hood", KAM's "Every Single Weekend", Yo Yo "Mama Don't Take No Mess", and songs from from Tone! Toni! Tony!, Monie Love, Tevin Campbell. 14 in all.  © 1996-2022, Dusty Groove, Inc.