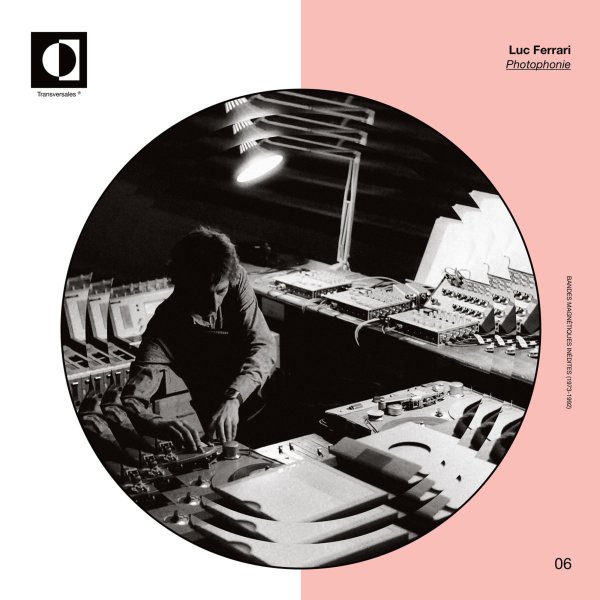 A range of never-issued recordings by sound wizard Luc Ferrari – all pulled from his personal archive! Side one features the very extended "Photophonie" – done for a photographic exhibition, and with a sound that's in the noisier, more striking side of the electronic spectrum at the start – then moves into these moodier, more open passages that have voices that slip in and out of the mix – almost like these whispering demons in conversation. "Il Etati Une Fois" is another long piece – one that seems to take real joy in its mix of obscure electronic textures and more pointed tones – followed by the very short "Trans-Voices", which at 52 seconds is almost a compression of the ideas of "Photophonie". Last up is "Leica" – a work with this building cyclical wave of electronic sound, and a feel that's almost like a creation from the BBC Radiophonic Workshop!  © 1996-2021, Dusty Groove, Inc.
(Limited edition!)