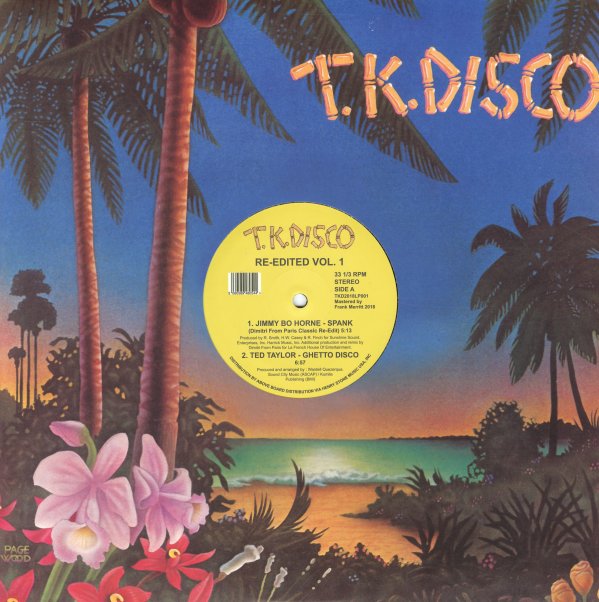 The genius sound of the TK Records label, taken to a whole new level – as some of the coolest club classics from that legendary Miami label are served up here in a host of new edits by contemporary talents! The sound is great – all the funk and soul of the originals, but kicked up a bit here and there on the rhythms – and often edited in ways that the grooves are really expanded too! Titles include "Spank (Dimitri From Paris Classic Re-Edit)" by Jimmy Bo Horne , "Ghetto Music" by Ted Taylor, "I'm Your Boogie Man (Todd Terje edit)" and "I Get Lifted (Todd Terje edit)" by KC & The Sunshine Band, "Do What You Wanna Do (Kon's Keep It Moving Mix)" by T-Connection, "Why Can't We Live Together (Late Nite Tuff Guy No More War Rework)" by Timmy Thomas, "Move Me Baby (Danny Krivit edit)" by Gwen McCrae, and "Jam On The Groove (Danny Krivit Edit)" by Ralph MacDonald.  © 1996-2021, Dusty Groove, Inc.
(Heavy yellow vinyl pressing!)