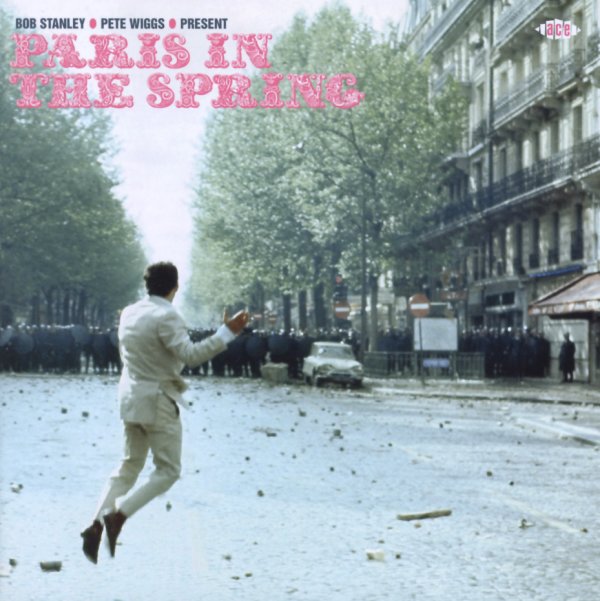 Also available
Various — Paris In The Spring – Presented By Bob Stanley & Pete Wiggs ... CD 12.99
A totally fresh take on French sounds of the late 60s – served up here with a sound that's as revolutionary as the image on the cover! This isn't the dreamy strings of familiar Paris in the Spring – but instead, the sound of change that happened in and around 1968 – as a whole new generation of younger French musicians, singers, artists, and intellectuals were really making themselves known in bold new ways! You'll recognize a few names here – like Serge Gainsbourg or Brigitte Fontaine – but the collection goes way beyond those bigger names, and features loads of obscure artists from the scene that will be a real revelation. The collection was done by the same Saint Etienne team that gave us the excellent English Weather and Songs For The Carnegie Deli compilations on Ace – and titles include "L'Elu" by Ilous & Decuyper, "La Metaphore" by Jacques Dutronc, "Looking For You" by Nin Ferrer, "Chanson D'Un Jour D'Hiver" by Cortex, "Couleurs" by Leonie, "Leslie Simone" by William Sheller, "Litanies" by Triangle, "Baleines" by Francois De Roubaix, "Lileth" by Leonie, "Ystor" by Ys, "Chanson Pour Que Tu M'Aimes U Peu" by France Gall, "Le Victime" by Karl Heinz Schafer, "Les Adventures Extraordinaires D'Un Ballet De Banque" by Bernard Lavilliers, "Helicoptere" by Mireille Darc, "Les Garde Violent Au Secours Du Roi (alt version)" by Jean Claude Vannier, and "La Chanson D'Helene" by Romy Schneider & Michel Piccoli.  © 1996-2022, Dusty Groove, Inc.