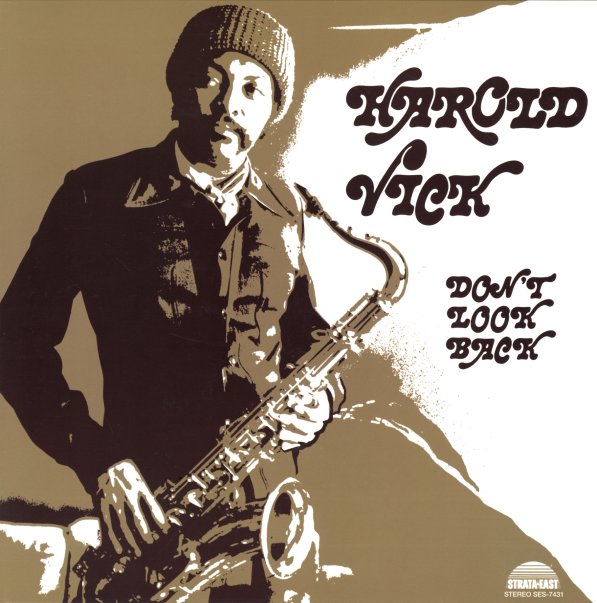 Maybe the most righteous album ever from reedman Harold Vick – a crowning achievement of all his soulful years in jazz, cut as one of the key 70s releases on Strata East! Vick is fantastic here – light years ahead of his work as the funky tenorist on 60s albums by John Patton and Jack McDuff in the 60s, even as great as that material was – and emerging here as an incredibly sensitive soul jazz player, capable of turning out some incredibly sophisticated and emotional compositions – which are then graced by these really spiritual solos! Harold wrote and produced the whole album – really controlling his musical vision – and other players include "Virgil Jones on trumpet, George Davis on flute, Joe Bonner on Fender Rhodes and piano, Sam Jones on bass, and Billy Hart on drums – a lineup that sounds even greater on the record than it does on paper. Titles include "Don't Look Back", "Melody For Bu", "Stop & Cop", and "Senor Zamora".  © 1996-2022, Dusty Groove, Inc.
(Limited edition 180 gram pressing!)