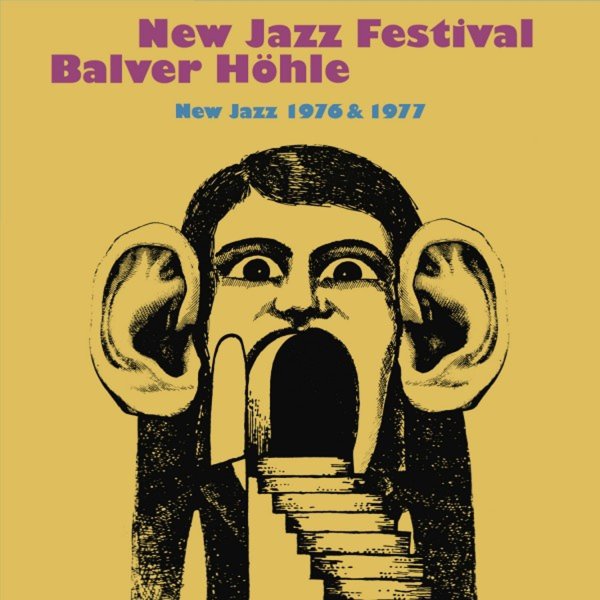 A heck of a collection – and one that really gets at the amazing array of free-thinking jazz that was brewing up on the European scene during the 70s! The set brings together over eight hours of music recorded during two years of this legendary festival – and each new disc has some great surprises along the way! There's some possibly more familiar material here – such as long improvisations that include a solo piano performance by Joachim Kuhn, two by a Mal Waldron trio with Jimmy Woode on bass and Allen Blairman on drums, one by a trio headed by pianist Yosuke Yamashita and with Akira Sakata on alto, two more by the duo of Peter Brotzmann on tenor and Han Bennink on drums, and a final two long improvisations by a great Archie Shepp gruop with Richard Greenlee on trombone, Dave Burell on piano, Cameron Brown on bass, and Beaver Harris on drums! Yet that's only the tip of the iceberg – as there's a full CD of music by a group led by Hugo Heredia on saxes and flute – with Horace Parlan on piano, Dodo Goys on bass, Tullio D'Piscopo on drums, and Mandrake Ivanir Do Nascimento on percussion. And there's another CD that features an hour-long improvisation by a version of the Willem Breuker Kollektief with Leo Cuypers on piano, Maarten Van Norden on tenor, Boy Raaymakers on trumpet, and Bernhard Hunnekink and Willem Van Manen on trombones. There's also a very long track by a cool quartet headed by Polish alto giant Zbigniew Namyslowski – and one more by the French Machi Oul Big Band. There's also tracks by Riot, with Uli Beckerhoff on trumpet; Grumpff with Michael Schlaper on tenor and soprano, and Ekkehard Jost on baritone; Mumps with Albert Mangelsdorff on trombone and John Surman on tenor; and the Eddie Prevost Quartet with Geoff Hawkins on tenor and Gerry Gold on trumpet. And last but not least are two long trcks by the Czech group Celula Jazz Crew – with Laco Deczi on trumpet, Karel Ruzicka on electric piano, and Svatopluc Kosvanec on trombone. Phew – that's a lot of music, and the whole thing comes in a very cool 10" box set, complete with a booklet of notes, too!  © 1996-2021, Dusty Groove, Inc.