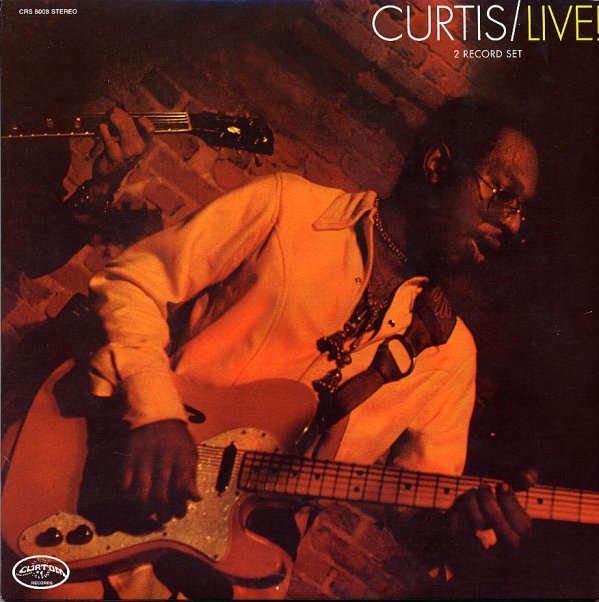 One of the greatest albums ever from the legendary soul singer Curtis Mayfield – even though it's different than most of the rest as well! Curtis is captured here in a small club, with a tight band, spinning out these extended readings of some of his best tunes – both tracks he sang with The Impressions, and as a solo act – completely transformed here in the righteous energy of the setting! The vibe is similar to the classic Donny Hathaway Live album from the same time – save for the fact that this set is double-length, and maybe even more powerful as Curtis sings and plays guitar in a small group with additional guitar, bass, and drums – and some very hip percussion from Master Henry Gibson, of Pharoahs fame. Tracks include "We the People Who Are Darker Than Blue", "Stare and Stare", "Check Out Your Mind", "Stone Junkie", "I Plan To Stay A Believer", "If There's A Hell Below We're All Going To Go", "Mighty Mighty", and "The Makings Of You".  © 1996-2020, Dusty Groove, Inc.
(Original pressing with Sterling stamp.)