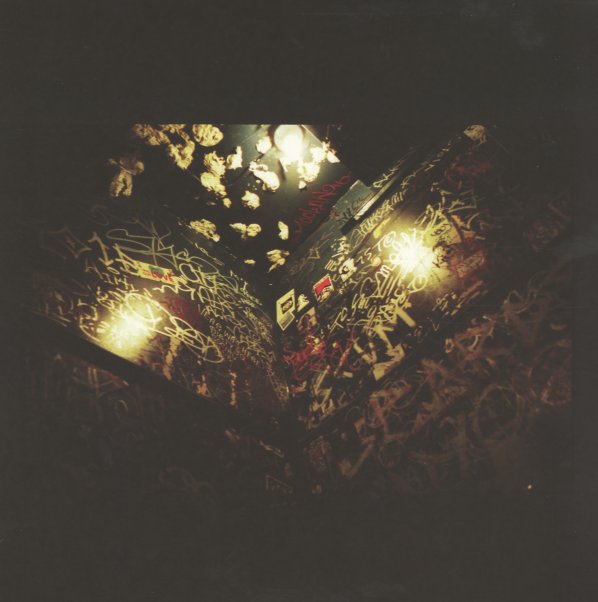 Raw sounds from the Chicago scene – a mighty nice performance from the group of drummer Makaya McCraven – captured on four track cassette at the tiny Danny's Tavern! The setting and recording style really works with the approach of the group – as Makaya's drums are nice and loud – beat-y and splashy – maybe more funky than on any othe records under his name, and fitted with fantastically bold work from Junius Paul on bass, Ben Lamar Gay on cornet, and the great Nick Mazzarella on alto sax! There's also some turntables from Lefto – but used musically, and not in the kind of heavy-handed way that used to ruin a jazz session a decade or so back – and the group perform titles that include "The Locator", "Above & Beyond", "Venus Rising", "Icy Lightning", "Left Fields", "RFJ III", and "Early Bird Once Again".  © 1996-2021, Dusty Groove, Inc.

Irreversible Entanglements
International Anthem/Don Giovanni, 2017. New Copy
LP...$22.99 23.99
A fantastic mix of jazz and spoken word performance – delivered in a very righteous style that takes us back to the best vintage sides by artists like Wanda Robinson or Jayne Cortez! The words here are by Camae Ayewa – whose lyrics are as politically powerful as her presentation style ... LP, Vinyl record album

Fly Or Die 2 – Bird Dogs Of Paradise
International Anthem, 2019. New Copy
LP...$22.99 23.99 (CD...$11.99)
A really fantastic album from Jaimie Branch – one that's even more powerful than the first Fly Or Die set – which is saying a heck of a lot, given that that record hit most of us with a pretty hard punch! The sound is even more groundbreaking than before – moving well beyond jazz ... LP, Vinyl record album