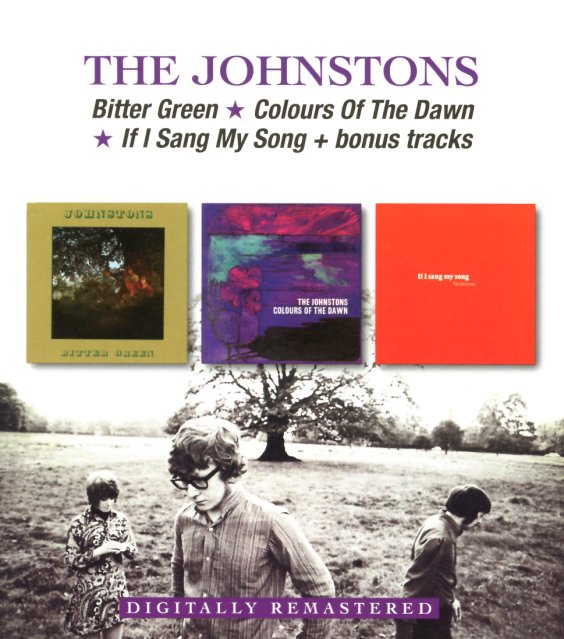 A trio of tremendous albums by The Johnstons – all recorded right around the start of the 70s, at a time when the group was moving into some even more heady territory than before! The Johnstons got their start as a more traditional Irish folk group, but like most of their British Isles contemporaries at the end of the 60s, they were able to find a way to bridge the ancient and the current – by this point mixing traditional material with some very well-chosen contemporary cuts, all of which really flower even more wonderfully in the beautiful male/female vocal style of the group – who can hit a warm blend that's almost like the west coast post-folk modes of the Sunshine Pop generation, but much more cerebral. Production is nicely stripped-down at most points – with a focus on acoustic instrumentation, but also some slight elements on the second two albums that almost remind us of the hipness of Warner/Reprise productions for this sort of material. 2CD set features all three albums, plus 11 more bonus tracks – with titles that include "Jesus Was A Carpenter", "The Story Of Isaac", "Bitter Green", "The Wind In My Hands", "Border Child", "Going Home", "The Life Of The Rover", "Won't You Come With Me", "Colours Of The Dawn", "Brightness She Came", and "Won't You Come With Me". 42 tracks in all!  © 1996-2023, Dusty Groove, Inc.