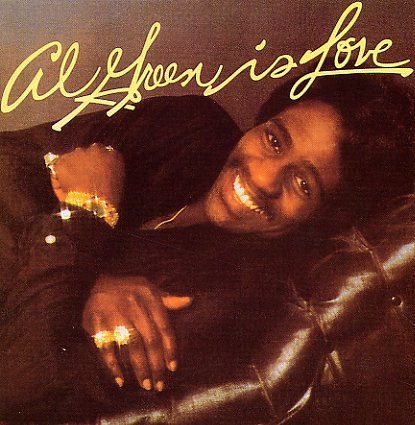 Also available
Al Green — Al Green Is Love ... LP 14.99
Heavenly soul doesn't get any more heavenly than this! Al Green's at the height of his powers here – working in that wonderfully smooth, wonderfully warm style that made his early 70s material so wonderful! This album's maybe slightly less iconic than some of Green's other titles for Hi Records – but only because it's less chock-full of hits, even though the quality and sound is every bit as high as the rest of them! Willie Mitchell did an impeccable job on production – and titles include the classic track "Love Ritual" is a great little groover with a funkier sound than usual for Al, which is fine by us – and other tracks include "LOVE", "The Love Sermon", and "There Is Love" Hey, they weren't kidding with that title!  © 1996-2022, Dusty Groove, Inc.