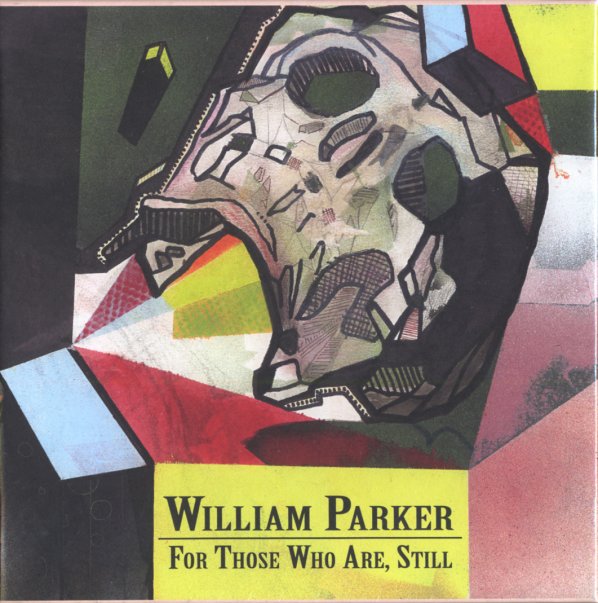 A beautiful box of work from bassist William Parker – and a set that actually features three very different projects, all brought together in a single set! First up is a CD that features a long piece commissioned by The Kitchen – "For Fannie Lou Hamer" – with music by Parker in an ensemble that includes JD Parran on reeds, Ravi Best on trumpet, Masahiko Kono on trombone, and a bit of vocals from Leena Conquest. That same CD features shorter pieces grouped under the title Vermeer – dedicated to the painter, and featuring some beautiful, soulful work from Parker on bass, Darryl Foster on soprano sax, Eri Yamamoto on piano, and Leena Conquest on voice. CD two features Red Giraffe With Dreadlocks – a lot better than it sounds from the title, and spiritual sounds from an ensemble that mixes core jazz elements with some wider global musical ideas – featuring Parker on bass, Hamid Drake on drums, Rob Brown on alto, Bill Cole on double reed instruments, Klaas Heckman on flute, Molla Sylla on mbira and ngoni, and Sangeeta Bandyopadhyay on electronic shruti box. Both Sylla and Bandyopadhyay vocalize a bit – and titles include "The Giraffe Cances", "Where Do You Send The Poem", "Tour Of The Flying Poem", and "Souls Have Fallen Like Rain". Last is Ceremonies For Those Who Are Still – which features a core trio with Parker on bass and flutes, Charles Gayle on piano and saxes, and Mike Reed on drums – augmented by the NFM Orchestra, who shade in the jazz performances with some subtle colors and tones – quite an unusual match between these talents. The CD also features a long improvisation – "Escapade For Sonny" – running over 25 minutes, and just featuring the core trio of Parker, Gayle, and Reed. Packaged in a very nice box, with a booklet of notes!  © 1996-2022, Dusty Groove, Inc.
(Penmark through barcode.)

Meditation/Resurrection
Aum Fidelity, 2017. Used 2 CDs
CD...$16.99
Bassist William Parker in two different settings, but both served up here with a very unified feel! The material was all recorded on a single day, with a core trio that features Parker on bass, Hamid Drake on drums, and Rob Brown on alto – a group whose energy you can really feel building up ... CD

Goshu Ondo Suite
Aum Fidelity, 2019. Used
CD...$4.99
One of the most beautiful albums we've ever heard from pianist Eri Yamamoto – in large part because of the presence of the Choral Cameleon vocal group! The mix of piano and voice is wonderful – haunting and powerful, in a way that reminds us of some of the best Vince Guaraldi ... CD

Live in New York 2010
Aum Fidelity, 2017. Used 2 CDs
CD...$13.99
Gigantic genius from the late David S Ware – heard here in an unreleased performance from the final years of his time – at a time when his saxophone greatness was still very much in full flower! The group is a trio – with William Parker on bass and Warren Smith on drums – ... CD