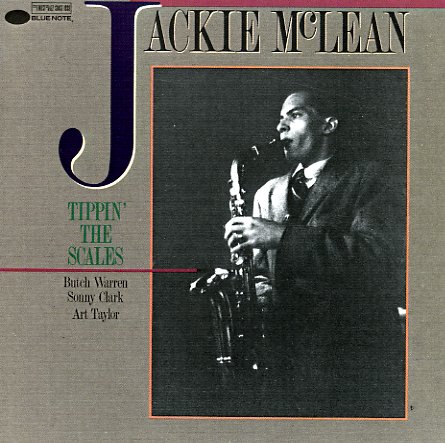 A sweet little quartet from Jackie McLean – a later entry into his bop-level sets for Blue Note, recorded right before his "new thing" years! The album never got a proper release back in the 60s, and only first saw the light of day two decades later – but it's a real cooker that's right up there with the Swing Swang Swingin set – and has Jackie blowing straight, but bringing a lot of modern edges into the mix as well! The group's a crack quartet – with Sonny Clark on piano, Art Taylor on drums, and Butch Warren on bass – and titles include "Two For One", "Nicely", "Rainy Blues", and "Tippin The Scales".  © 1996-2021, Dusty Groove, Inc.
(80s DMM pressing. Cover has an index label with clear tape on the spine.)