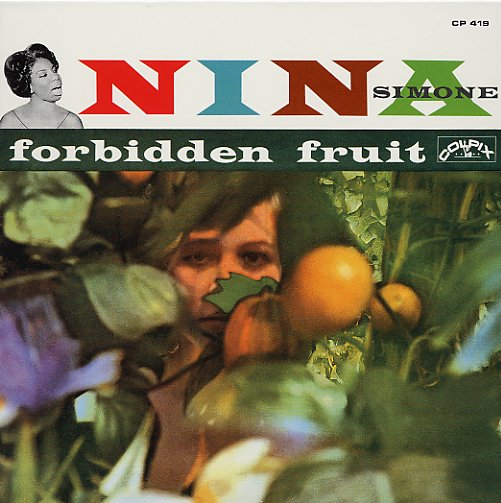 A classic album from Nina Simone's early period! The tracks feature prime work from Nina, caught at the point when she was turning her style from straight jazz into more of a folk-inspired soulful sound – filled with power, anger, and sheer raw emotion – played by a small combo of piano, bass, guitar, and drums, but in a way that opens up in so many different musical directions! There's a really strong genre-crossing approach at work here – and titles include "Rags & Old Iron", "I Love To Love", "Work Song", "No Good Man", "Gin House blues", "Memphis In June" and "Forbidden Fruit".  © 1996-2022, Dusty Groove, Inc.
(Stereo blue label pressing. Cover has a top seam split, but looks great otherwise!)

Joe Williams Live
Fantasy, 1973. Near Mint-
LP...$2.99
One of the nice records made by Joe during his funky comeback of the late 60s/early 70s. He's singing here in a setting that's decidedly hipper than on earlier albums – with the early 70s Nat/Cannonball Adderley collective that includes George Duke on piano, Carol Kaye on bass, and ... LP, Vinyl record album

More I See You – Call Me
A&M, 1966. Very Good+
LP...$8.99
Fantastically sweet pop from Chris Montez! Chris had a light little voice that was perfect for the A&M Records approach of the 60s – a style that has him singing gently over arrangements that glide and bounce around with ease, sometimes handled by Herb Alpert, in a breezy sunny LA mode ... LP, Vinyl record album

Misty Burton
Sony (Japan), 1973. Near Mint-
LP...$28.99
A lost gem from European jazz singer Ann Burton – recorded in Tokyo in the early 70s, and featuring a batch of really unusual tunes done with a lively feel! There's an easygoing groove to most of the work in the set – a lightly rhythmic pulse brought to the record by the Ken McCarthy ... LP, Vinyl record album