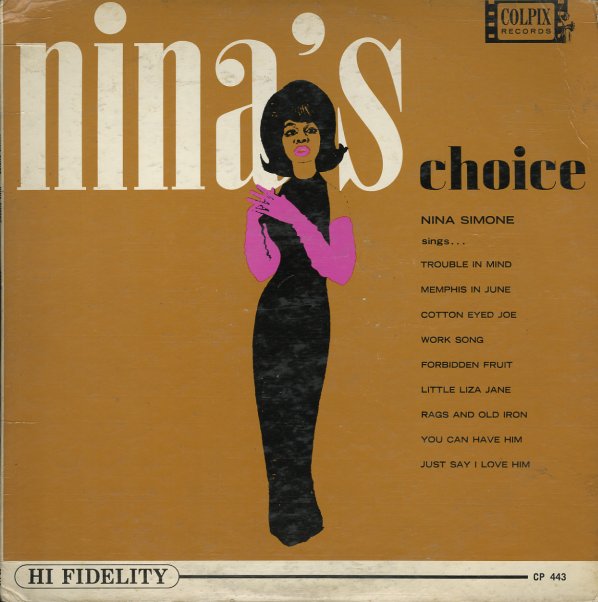 Nina selected a very nice batch of standards and hip jazzy tracks for this classic Colpix release from the early 60s – and the set's a great example of her unique skill for blending folksy material with more sophisticated stuff, in an amazingly haunting style that has endured for decades. Titles include "Memphis In June", "Cotton Eye Joe", "Work Song", "Little Liza Jane", "Forbidden Fruit", "Rags & Old Iron", and "You Can Have Him".  © 1996-2022, Dusty Groove, Inc.
(Stereo light blue label pressing. Cover has light aging.)

No Strings – An After Theater Version
Atlantic, 1962. Very Good
LP...$2.99
An "after theater" version of the Richard Rogers musical No Strings – done in a cool way that really changes the feel of the music! The "cast" for the set is an assortment of Atlantic Records artists from the early 60s – Herbie Mann, Chris Connor, Lavern Baker, and ... LP, Vinyl record album

Together Again For The First Time (Century)
Century, 1978. Near Mint- Gatefold
LP...$1.99
With special guest Phil Woods. Titles include "When I Found You", "Here's That Rainy Day", "Blues In The Night", "Bluesette", "You Are The Sunshine Of My Life", "I Won't Last A Day Without You", and "Lady Be Good". LP, Vinyl record album