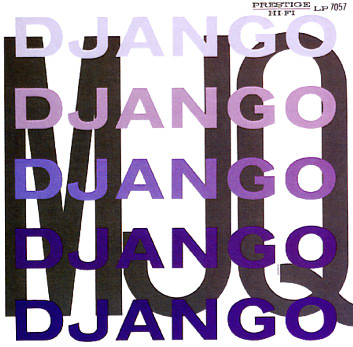 A stone classic from the Modern Jazz Quartet – recorded back when the group still featured Kenny Clarke in its membership, but already with some of the more serious, somber tones that would mark the combo's more famous years! Tracks here are from a variety of sessions in 1953, 1954, and 1955 – and trace an evolution of the MJQ style from initial more composed renditions of bop and modern jazz, to some of the more ambitious colors and tones of the Lewis-penned songbook. Titles include longish readings of "Django" and "La Ronde Suite", plus "Milano", "But Not For Me", "The Queen's Fancy", and "Delaunay's Dilemma".  © 1996-2022, Dusty Groove, Inc.

Red Garland's Piano (RVG remaster series)
Prestige, 1957. Used
CD...$6.99
Red Garland's piano was certainly humming strong at the time of this session – as Red's trio were one of the key rhythm components of many Prestige albums of the late 50s, but also a real starring act on their own! The album's got a laidback, almost mellow feel that's a bit different from ... CD