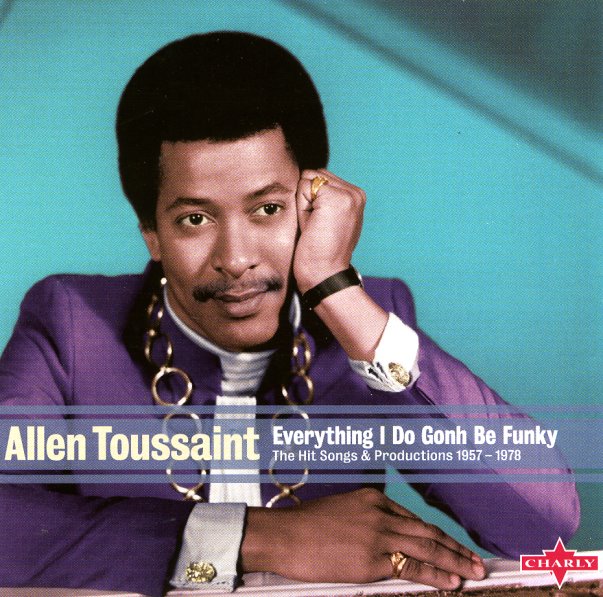 A beautifully overstuffed collection of early work from New Orleans soul legend Allen Toussaint – a set that not only includes many of his key recordings from the scene in the 60s, but also some of his important productions for other artists too! The package begins with Toussaint in the lead on a series of sides on CD one – working either as himself, or as Al Touson, or with The Stones, The Rubyiats, or Allen & Allen – all with these choppy, loping, heavy-grooving rhythms that were Toussaint's huge contribution to New Orleans soul right from the start! Titles include "Whirlaway", "Whipped Cream", "Moo Moo", "Wham Tousan", "Omar Khayyam", "I Don't Need One", "Baby Do Liddle", "Tomorrow", "Fat Cat", "Banana Split", and "Java". CD2 features a series of recordings done for the Minit, Instant, and Sansu labels – all with Toussaint involved either as producer, arranger, or musician – on material that forever shaped the sound of New Orleans – titles that include "A Certain Girl" by Ernie K Doe, "Over You" by Aaron Neville, "I Like It Like That (parts 1 & 2)" by Chris Kenner, "Sophisticated Cissy" by The Meters, "Holy Cow" by Lee Dorsey, "I'm Evil Tonight" by Betty Harris, "Oogsey Moo" by Jessie Hill, "It Will Stand" by The Showmen, "Ruler Of My Heart" by Irma Thomas, "Fortune Teller" by Benny Spellman, and "Hot Tamales (parts 1 & 2)" by The Primemates. 50 tracks in all!  © 1996-2021, Dusty Groove, Inc.