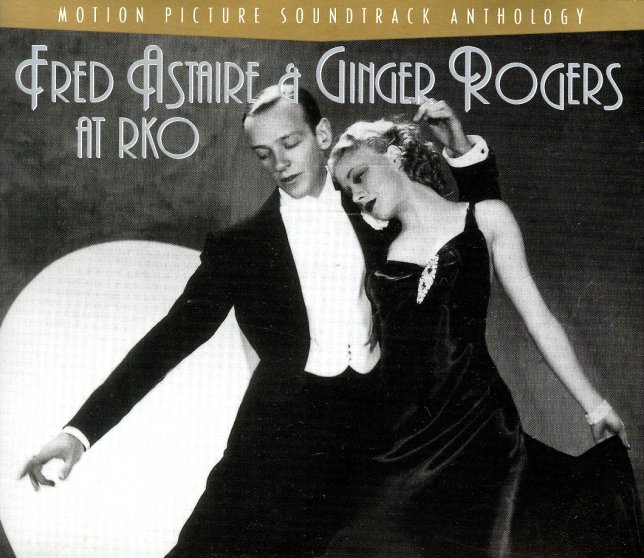 Includes tracks from Flying Down To Rio, Gay Divorcee, Top Hat, Roberta, Follow The Fleet, Swing Time, Damsel In Distress, Shall We Dance, Carefree, and The Sky's The Limit.  © 1996-2021, Dusty Groove, Inc.
(Out of print.)

Americanization Of Emily/Sandpiper/Drums Of Africa (3CD set)
Film Score Monthly, Mid 60s. Used 3CD
CD...$39.99
An amazing tribute to the soundtrack talents of Johnny Mandel – a package that features three classics from the 60s, with even more work than was on the original albums! First up is The Americanization Of Emily – one of those soundtracks that outlived the life of the film, or at had a ... CD

Themes From General Electric Theater
Columbia/Intrada, 1959. Used
CD...$24.99
Really wonderful work from the great Elmer Bernstein – from a relatively unlikely source as well! The music here was all composed for the General Electric Theater TV show – a regular anthology program hosted by Ronald Reagan, with a shifting dramatic cast – but one that's scored ... CD

Ninguem Sabe O Duro Que Dei
EMI (Brazil), 1960s. Used
CD...$16.99
Classic work from Wilson Simonal – pulled together in support of a contemporary film, but a killer collection of Simonal's soulful grooves from many years back! The work here all comes from Wilson's legendary Odeon/EMI years – mostly from the late 60s, a time when he was one of the ... CD