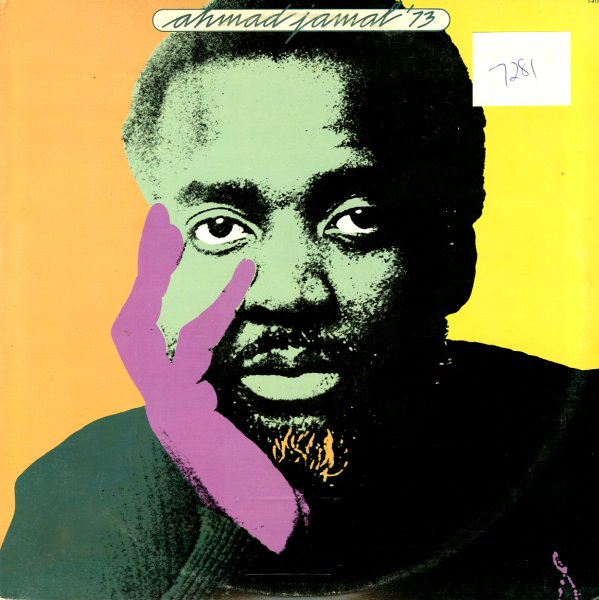 Amazing stuff from Ahmad Jamal – one of his greatest albums ever, and the kind of Fender Rhodes classic that got passed over in the history books, but which is finally getting some appreciation these days! Ahamad's in a very different mode than his Cadet/Argo years – using the mellow keys of the Fender Rhodes to craft some killer tunes with a laidback edge. Richard Evans did the arrangements, and the sound is very deep and soulful on most of the album. Includes a sublime sample version of War's "World Is A Ghetto" , plus "Superstition", "Children Of The Night", and "Soul Girl".  © 1996-2023, Dusty Groove, Inc.

Intervals
20th Century, 1980. Near Mint-
LP...$14.99
Smooth magic from Ahmad Jamal – the kind of record we might have passed up years ago, but which we totally love these days! Jamal brings his magic piano style to a set of larger arrangements – not as funkily electric as his early 70s work for 20th Century, but with a similar blend of ... LP, Vinyl record album

Rhapsody
Cadet, 1965. Very Good
LP...$3.99
A really nice record from Jamal's later years at Argo/Cadet, when the label was mixing up his usual trio format with some interesting settings – in this case, a 15 piece string section, which is added to the trio of Jamal, Jamil Nasser, and Vernel Fournier – to great effect! The ... LP, Vinyl record album

Bright, The Blue & The Beautiful – Ahmad Jamal With Voices
Cadet, 1968. Very Good+
LP...$7.99
A wonderful album, the kind that really gets at the dark genius of Jamal! Ahmad's trio with Frank Gant and Jamil Sulieman is joined by the Howard A Roberts Chorale, set to arrangements by Jamal and Joe Kennedy that create these dreamy pillows of sound, pushing the voices forward like piles of ... LP, Vinyl record album

Live At The Lighthouse '66
Pacific Jazz, 1966. Very Good Gatefold
LP...$7.99
One of the Jazz Crusaders' classic funky live sets from the 60's, recorded live at the Lighthouse, where there talents were slowly becoming the stuff of legend. Nice tight soul jazz stuff, with some excellent groovers that include an early version of "Scratch", plus "Blues Up ... LP, Vinyl record album