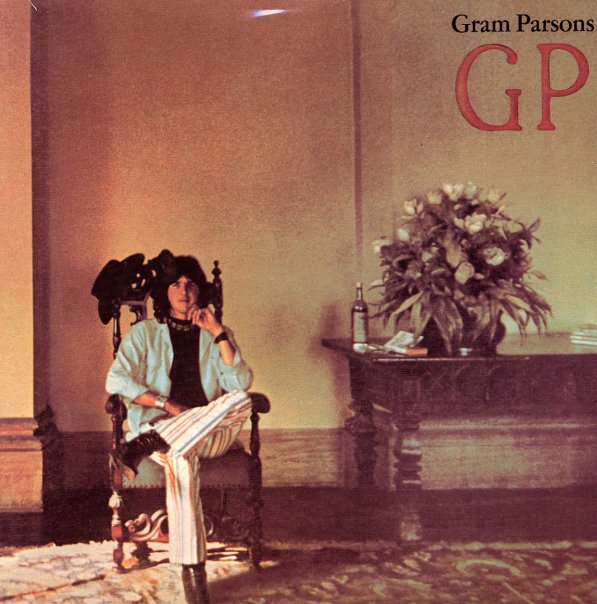 The seminal Gram Parsons solo debut, and arguably his most consistant post-Burritos album. GP is pretty much the record that put the country in country rock – with a sharp steel guitar cry throughout, an unpretentious proud/poor delivery, and those sweet harmonies with Emmylou Harris. The album is split pretty evenly between tunes penned by Parsons, and other writers who aren't as deeply celebrated, like the great Tompall Glaser. Includes "Still Feeling Blue", "We'll Sweep Out The Ashes In The Morning", "Streets Of Baltimore", "She", "That's All It Took", "Cry One More Time", and more.  © 1996-2022, Dusty Groove, Inc.
(Hybrid SACD. Numbered, limited edition.)

GP/Grievous Angel
Reprise, 1973/1974. Used
CD...$3.99
Both albums complete on one CD! First up is the seminal Gram Parsons solo debut, and arguably his most consistant post-Burritos album. GP is pretty much the record that put the country in country rock – with a sharp steel guitar cry throughout, an unpretentious proud/poor delivery, and ... CD