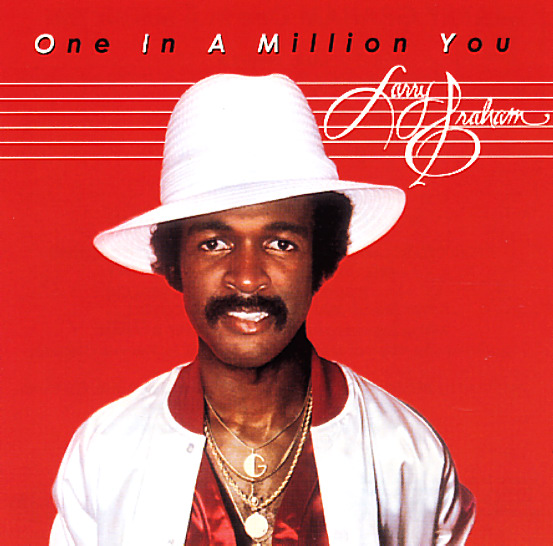 One In A Million You

Larry Graham hits the slow jam generation – stepping aside from his funkier groove for this classic album – a record that gave the world a huge crossover cut in the title track! The main focus here is on Larry's vocals, not his basswork – and he does a surprisingly good job as a modern soul male vocalist on the set – one who's a bit more fragile and human at points than some of his contemporaries – still somewhat smooth, but not always as polished. Titles include the megahit "One In A Million You", plus "There's Something About You", "Forever Yours", "When We Get Married", "I Just Can't Stop Dancing", "I'm So Glad It's Summer Again", and "Sunshine Love & Music".  © 1996-2022, Dusty Groove, Inc.
(Cover has light wear, some staining on the back, and a name in pen on both sides. Labels have a name in pen.)

Just Be My Lady
Warner, 1981. Near Mint-
LP...$1.99
A classic set of ballads and mellow soul numbers from Larry Graham – quite a change from some of his funkier work, and a nice step forward in his growth as a singer! Larry's voice is deep and round on most tunes – a classic baritone approach that almost goes back to jazz vocalists of ... LP, Vinyl record album

Sooner Or Later
Warner, 1982. Near Mint-
LP...$6.99
Sweet modern soul from Larry Graham – a set that's miles from his earlier work, but in a great way that really shows him stretching out in new directions! In keeping with the times, the grooves here are often heavy on the beats, bass, and keys – fused together especially nicely on some ... LP, Vinyl record album