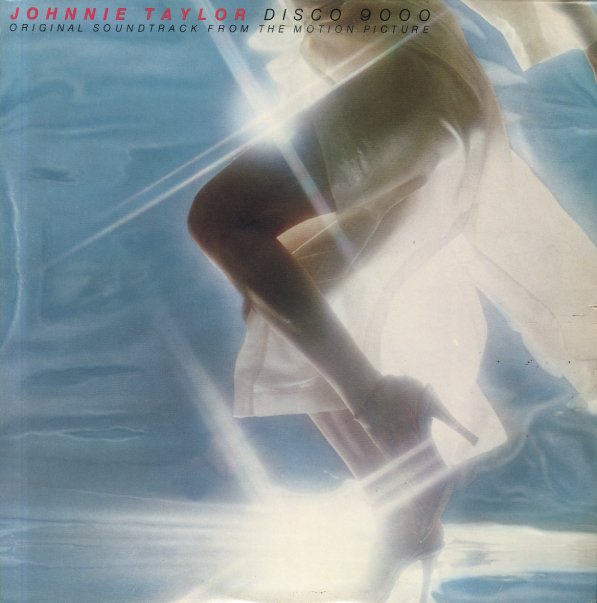 Disco 9000 is Johnnie Taylor's 3rd release for Columbia – a great batch of smooth soul tracks with a lot less of the "disco" that you'd expect from the title! Johnnie produced the session himself – and the album was recorded as a soundtrack (to a film that was later retitled Fass Black), but works well on its own as a straight soul release. Most tracks are relatively long, in that smooth midtempo groove that Johnnie was using at the time – and the combination of his bluesy vocals and modern soul production really makes the set sparkle! Titles include "I Love You Woman", "Right Now", and "I Don't Know What I'd Do Without You".  © 1996-2022, Dusty Groove, Inc.
(White label promo. Cover has a promo stamp, tracklist sticker, a name in pen, and is bent at the sides. Labels have a name in pen.)

Eargasm
Columbia, 1976. Sealed
LP...$13.99
A landmark album from Johnnie Taylor – a set that not only gave his career a giant boost, but which also helped shift southern soul into hip new territory in the late 70s! The music's a great change from Taylor's previous work at Stax – and the set features warm production from Don ... LP, Vinyl record album

Chronicle – The 20 Greatest Hits
Stax, Late 60s/Early 70s. Near Mint- 2LP Gatefold
LP...$11.99
20 titles from Johnny's early big hit years at Stax – back when he was cracking the charts with his home-styled blusey soul tunes that just wouldn't quit! Plenty of nice numbers on here – including the huuuuge hit "Who's Makin' Love", plus "Love Bones", "I ... LP, Vinyl record album

Rated Extraordinaire
Columbia, 1977. Near Mint-
LP...$9.99
Our favorite album ever from Johnnie Taylor – an incredible set from the late 70s that really has Taylor reinventing his sound – and coming across as a great talent for a mellow groove! The album has a wonderful smooth soul vibe all the way through – and starts with the classic ... LP, Vinyl record album