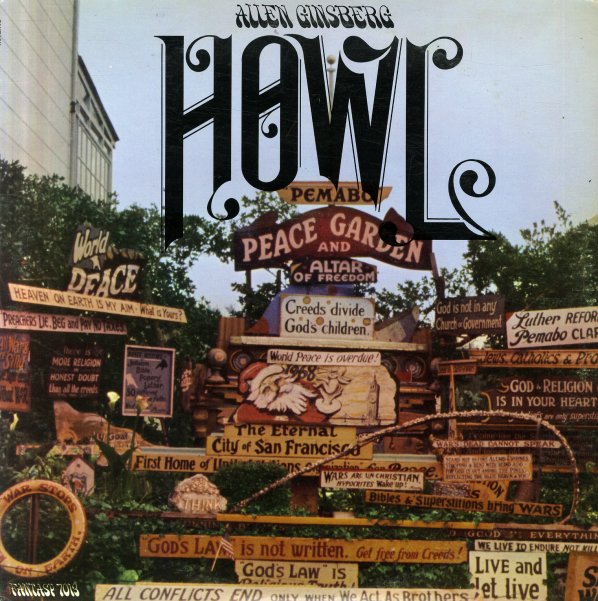 Maybe one of the coolest albums of poetry ever recorded – a set that features a young, pre-hippie Allen Ginsberg – delivering his epic poem Howel, plus some other key works too. The young Ginsberg's voice is great – and really fills the works with a lot of bitterness and cynicism – with maybe more of a beat-era presentation than you'd know from his other later records, especially the music ones. This is one of the few albums that San Francisco-based Fantasy records cut of famous beat poets reading their own work – and it's probably one of the most enduring! Ginsberg reads "Howl", "Footnote To Howl", "Sunflower Sutra", "Supermarket In California", and other poems from the late 50s – and there's no musical accompaniment at all.  © 1996-2021, Dusty Groove, Inc.
(Shrinkwrap has a small hole in front and an index label on back.)