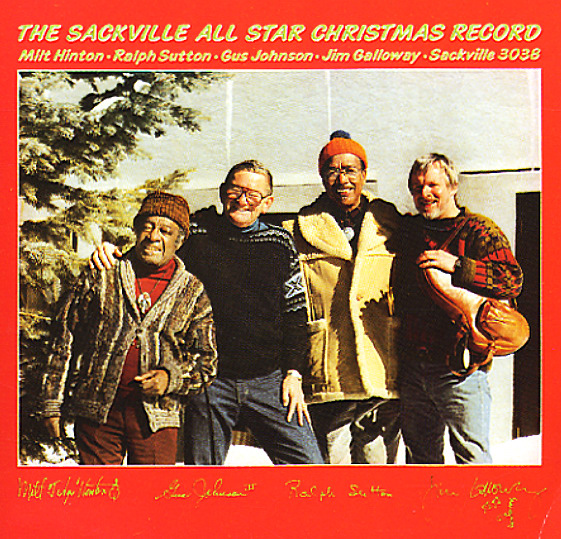 A sweet little Christmas jazz album – done in a mix of older styles, which creates a nicely different vibe than other records of this nature! The lineup is spare and focused – Jim Galloway on soprano sax, Ralph Sutton on piano, Milt Hinton on bass, and Gus Johnson on drums – and all players work together with a knowledge of jazz styles that encompasses decades, and which works to flesh out the tunes in very personal ways – especially the overall construction of the rhythm and melody, which makes good breaks from the usual, without ever going outside or getting too gimmicky. Titles include "We Three Kings", "Silent Night", "Let It Snow", "Santa Claus Came In The Spring", and "At The Christmas Ball".  © 1996-2021, Dusty Groove, Inc.