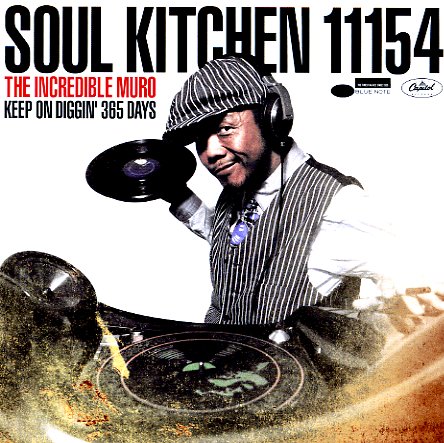 DJ Muro's got plenty cooking in his sweet Soul Kitchen – a killer batch of rare grooves from the vaults of Blue Note and Capitol Records – all mixed together in one massive, all-official collection! The set's a perfect example of why we trust Muro with grooves more than just about anyone else – because even in familiar territory, he finds a way of unlocking more in the tracks than we might have expected – and given the scope of this set, he's also stepping out into plenty of unfamiliar territory too! The mix is very soul-based – and there's loads of warm, jazzy, modern soul numbers that beautifully revive a Capitol Rare spirit – mixed carefully by Muro in ways that don't break down the tunes that much, but really manage to get to their essence quickly. Titles include "Inside Your Love" by Leon Ware, "Sunshine" by Nancy Wilson, "Koko & Lee Roe" by Gene Harris, "Can't Hide Love" by Carmen McRae, "I've Got You On My Mind" by Jorge Dalto, "Feel Like Makin Love" by Shirley Bassey, "Stop Running Away From Love" by Bobby Lyle, "Loving You Gets Better With Time" by Lea Roberts, "Let Me Love You Where It Hurts" by Future Flight, "Reaching For The Sky" by Peabo Bryson, "With You" by Perry & Sanlin, and "Lover To Lover" by Maxi.  © 1996-2022, Dusty Groove, Inc.
(Out of print, sample sticker on traycard artwork.)