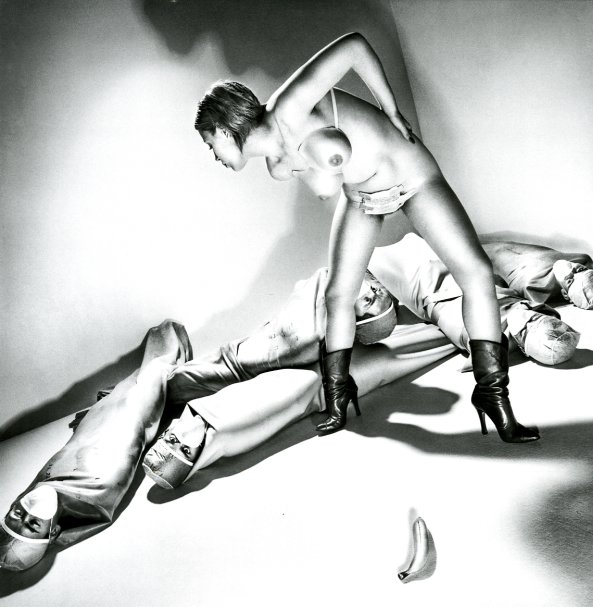 Early art punk genius from Devo – the amazing underground material from the pre-WB years – when they were still Ohio college students! Hardcore Volume 1 features 4 track recordings made in the mid 70s, including some early versions of tracks they'd re-recorded later for their first proper album – including "Jocko Homo", "Mongoloid", "Soo Bawls" and their deranged cover of "(I Can't Get No) Satisfaction" – and a whole bunch more that have only ever been heard by hardcore spuds. It has a cruder sound than their pop years and a darker, chillier vibe that's pretty incredible, but the concept is in full form, even at this early point! Other tracks include "Mechanical Man", "I'm A Potato", "Uglatto", "Stop Look And Listen"and more.  © 1996-2021, Dusty Groove, Inc.

New Traditionalists (colored vinyl pressing – with poster)
Warner/Rhino, 1981. New Copy (reissue)
LP...$21.99 23.98 (LP...$19.99)
A great one from Devo – capping off their classic era when they could hardly do wrong! By 1981, the gentlemen Devo had been up to their collective arse in irony since the early 70s, and having made a sizable fortune for the Brothers' Warner with the ultra-ironic "Whip It" the ... LP, Vinyl record album