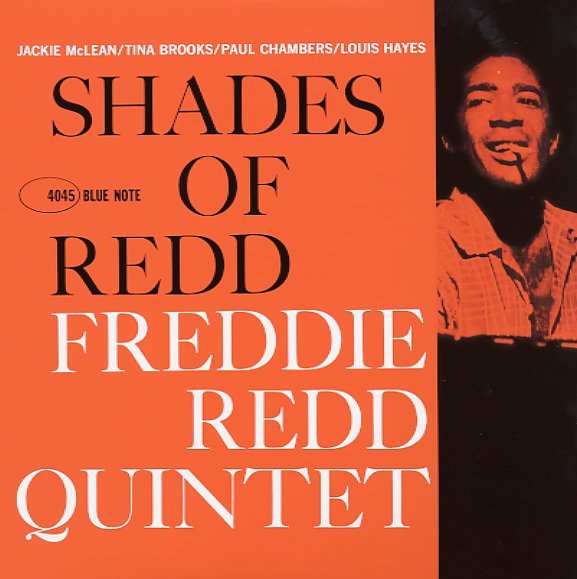 An exquisite bit of modernist hardbop – recorded by Freddie Redd with the same sort of sound that he brought to the classic Connection recording, also done for Blue Note! As with that session, Redd is working here with alto from a young Jackie McLean's on alto sax – really at the top of his powers here, and beautifully skirting a line that runs between soulful hardbop and some of the more modern phrasing McLean would use during his "new thing" years! Tina Brooks is on tenor, and as on other classic Blue Notes – such as the Street Singer album – the Brooks/McLean combination makes for some stellar solo work throughout. Redd's piano is firey in a way that we can hardly describe, and tracks include "Thespian", "Melanie", and "Shadows". This CD reissue also includes a few bonus cuts – alternate takes of "Melanie" and "Ole".  © 1996-2022, Dusty Groove, Inc.
(Out of print.)

It's About Time
Blue Note, 1985. Used
CD...$8.99 (LP...$6.99)
The leaders are sporting some serious 80s fashions on the cover – but the record's got a really solid sort of sound – and an approach that strongly shows the growth in both players since their earlier years at Blue Note! Tyner's a musician who really took off in strides during the 70s ... CD