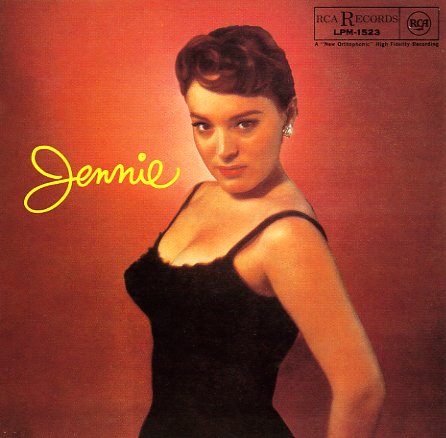 An overlooked vocal session from RCA – recorded in that magical year of 1957, when it seemed the label would never stop putting out great music! Jennie Smith is one of the lesser-known girl singers on the label, but she definitely fits in well with their approach – getting full backings here from Ray Ellis, in ways that make for lots of dark corners and moody moments – not entirely traditional torch, but a very blue-tinged batch of arrangements. Titles include "All My Life", "No Such Luck", "I Hear Music", "Sometimes I'm Happy", "I'm A Fool To Want You", and "I'll String Along With You".  © 1996-2021, Dusty Groove, Inc.
(Black label mono pressing with deep groove. Cover has half split seams and light aging.)