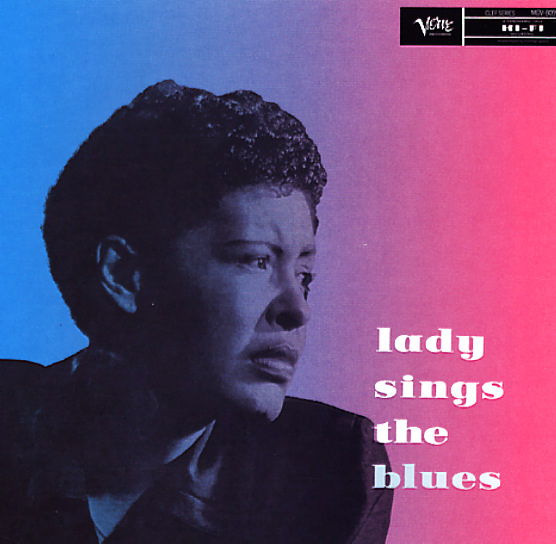 Possibly one of the most essential Billie Holiday albums for Verve – a set that carries the same title as her famous autobiography, and which also features many key numbers from her songbook at the time! The feel here is quite easygoing and relaxed – with small group backing behind Billie's vocals, which themselves are recorded cleanly and clearly throughout. One side features backing by a combo that includes Wynton Kelly on piano, Kenny Burrell on guitar, Charlie Shavers on trumpet, and Paul Quinichette on tenor – and the other features a group that includes Bobby Tucker on piano, Charlie Shavers on trumpet, Barney Kessel on guitar, and the great Willie Smith on alto sax. Titles include plenty of classics – including "God Bless The Child", "Strange Fruit", "Lady Sings The Blues", "No Good Man", "Good Morning Heartache", "I Must Have That Man", and "Trav'lin' Light".  © 1996-2023, Dusty Groove, Inc.
(2007 Verve Originals digipack pressing.)