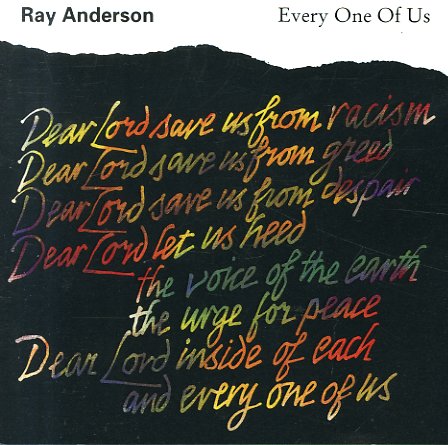 Ray Anderson on trombone and vocals, Charlie Haden on double bass, Ed Blackwell on drums, and Simon Nabotov on piano.  © 1996-2021, Dusty Groove, Inc.
(Out of print.)