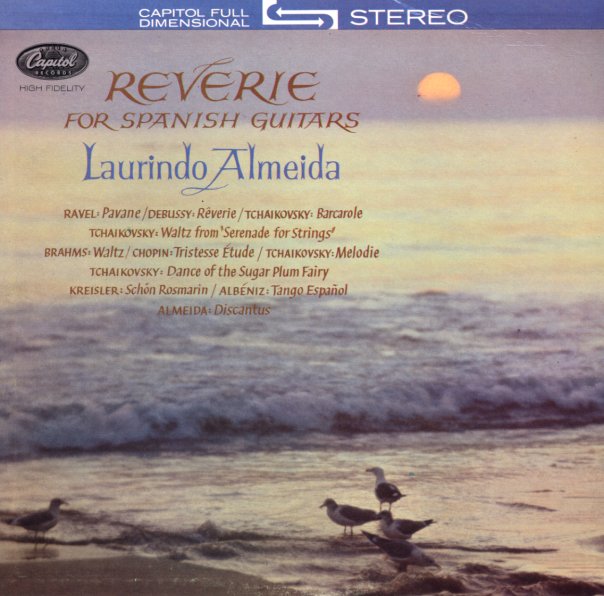 Includes pieces by Ravel, Debussy, Tchaikovsky, Brahms, Kreisler, Albeniz, and an Almeida original.  © 1996-2022, Dusty Groove, Inc.
(Rainbow label stereo pressing. Cover is stained at the bottom half, with some waviness and clear tape holding the seams and spine.)