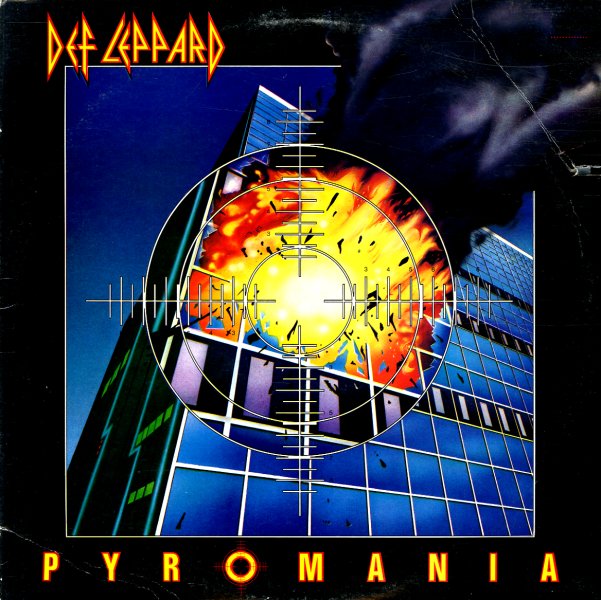 Also available
Def Leppard — Pyromania ... LP 23.99
Def Leppard — Pyromania ... CD 4.99
A huge breakout album for Def Leppard – and a record that maybe set the style for so many other mainstream hard rock acts in the mid 80s – thanks to a mix of crisp drums, searing guitars, and screaming vocals with an anthemic feel that really sends things over the top! And sure, it's not art rock by any stretch of the imagination – but it's also a bit fresher than some of the hair rock imitators that copped the sound a few years later – with titles that include "Rock Rock Till You Drop", "Photograph", "Rock Of Ages", "Foolin'", "Billy's Got A Gun", "Action Not Words", "Die Hard The Hunter", and "Stagefright".  © 1996-2022, Dusty Groove, Inc.
(US pressing with 56 labels and Grizzly etch/Masterdisk stamp. Cover has light wear and a slightly bent corner.)